North East Festivals in Delhi are a popular event in NCR. These would be a melange of beautiful weaves and crafts, unique food, rocking music, alluring travel brochures to the seven sisters of India and a headful of dreams. The last two years have been disappointing on this front as well. While the North East Festival 2021 was planned, it was postponed. We were disappointed but had our hopes up for North East Festival 2022.  And then Ishaan Manthan happened… 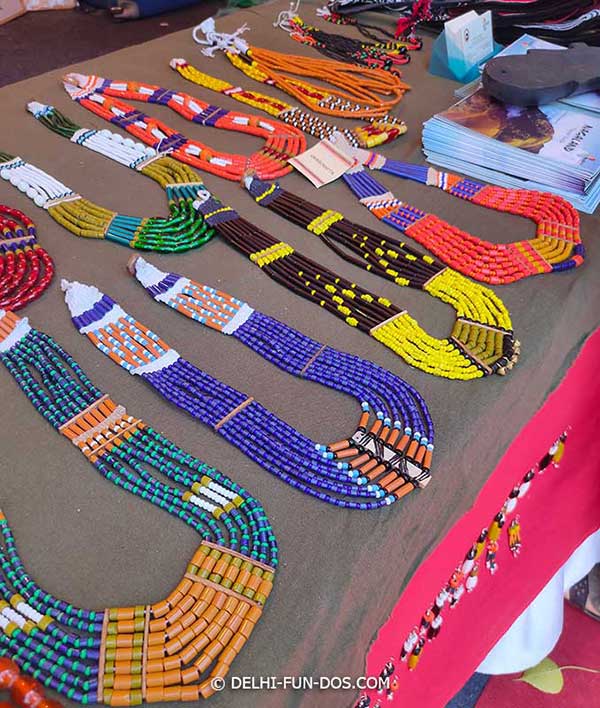 “Ask and you shall receive” is what our upcoming events in Delhi page said. Last weekend, the Delhi culture scene was on fire. Spicmacay was resuming classical Indian concerts after a break of 2 years. And then, there was the North East Festival, albeit under a different name, Ishaan Manthan.

What is on offer at Ishaan Manthan

The 3-day event had an array of interesting programs lined up. Music and dance programs, panel discussions, and video presentations were held indoors. Manipuri Raas Leela and The classical drum-dance Pungcholum enthralled the audience. Statewise handloom and handicraft stalls were set up out in the open. We pottered among the stalls in happy abundance. We were attending such an exhibition after more than 2 years. The rich fabrics of Assam, the cane work of Tripura, and the spicy pickles of Nagaland drew excited customers.

We were also somewhat moved to have been out after ages. Bedabrata brought a handloom sling bag from the Assam store. We also bought Kona grass woven water bottle holders as souvenirs. Not only were these affordable, but these would also make smart gifts we thought.

A separate section had a bunch of food stalls. Our favourite bamboo shoot pork curry was on offer too. Manipur and Nagaland meal platters were also on offer. Some stalls carried a variety of chilli pickles from Nagaland. We could identify Bhoot-jhalakiya, apparently the hottest chilli in the world. Needless to say, we did not dare to try this.

We saw an outdoor stage being set up with big sound boxes and psychedelic lights. Apparently, a rock concert was planned for the evening. 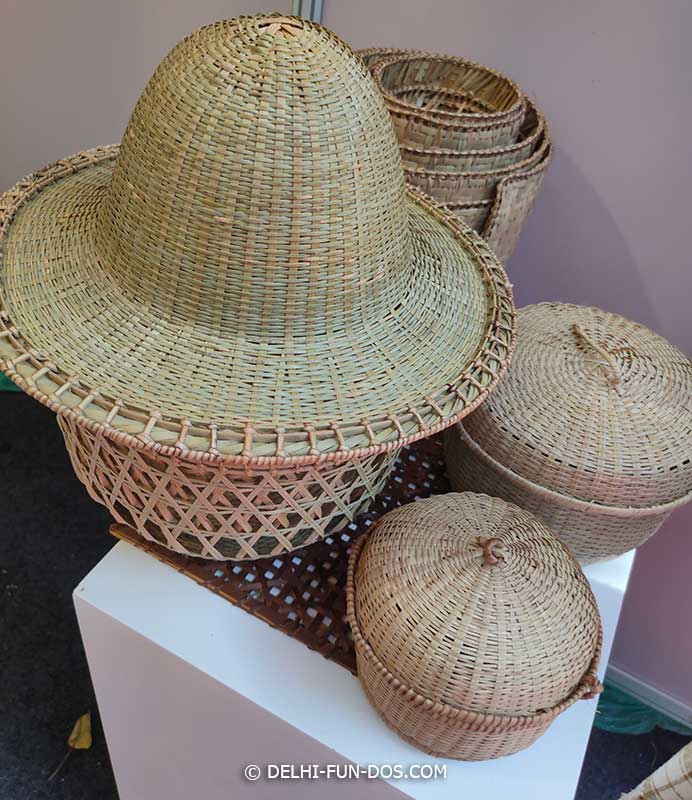 Ishaan Manthan was a collaboration by the Ministry of Culture, Government of India; Prajna Pravah and Indira Gandhi National Centre for Arts. The event was organised as part of Azadi ka Amrit Mahotsav, the 75th celebration of India’s independence.

As per Vastu, the traditional Indian system of architecture, Ishaan means north-east direction. Ishaan Manthan festival was an apt term for exploration of the North-Eastern region of India. The North-East of India was earlier identified with the Seven Sisters of India.

The distant land of North-East India has always allured us. The North-East was divided into 7 states – Arunachal Pradesh, Assam, Manipur, Meghalaya, Mizoram, Nagaland and Tripura. These exotic lands were collectively called the Seven Sisters of India. However, the definition of Seven Sisters has hence been modified. Sikkim has now been included under North-Eastern states. So there are Seven Sisters are now 8 states in all. All eight states were represented at the Ishaan Manthaan Festival. 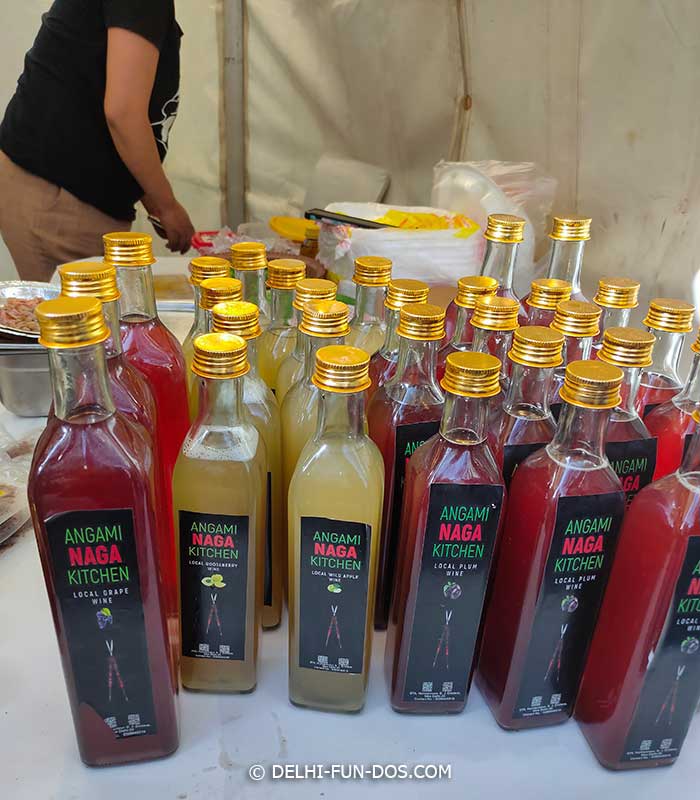 Indira Gandhi National Centre for Arts or IGNCA has been one of our favourite venues in Delhi. The beautiful building amongst sprawling lawns carries many memories for us. We have attended many events here. We have also heard stalwart historians like Romila Thapar and Kapila Vatsyan here sharing amazing views about art and culture here.

The earlier IGNCA has been pulled down recently for the Central Vista project. IGNCA has now moved to a smaller building at Janpath. The new location is near Janpath Metro Station Gate No. 4. They have some parking on the lane behind the building.

We fondly remember the original IGNCA. But we are optimistic that we will attend many wholesome events as well.

Meanwhile, Ishaan Manthaan subtly won our hearts. We looked forward to the next edition of the North East Festival. 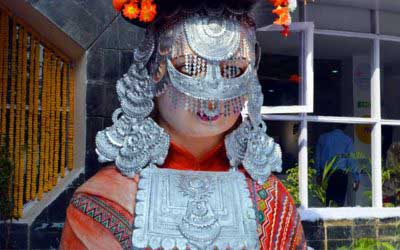 India International Trade Fair IITF 2021 – All You Need To Know

Exhibitions, Fairs, Things to do in Delhi

The 40th Trade Fair Delhi is around the corner. This upcoming event in Delhi evokes a lot of excitement. Trade Fair IITF 2021 commemorates the 75th year of India’s independence. Below are the top reasons to visit Trade fair 2021 along with quick details of Trade Fair.

India International Trade Fair IITF 2019 – All You Need To Know

Art, Exhibitions, Fairs, Things to do in Delhi

The 39th India International Trade Fair is knocking at the door and we are getting enquires in connection with the nearest metro station to IITF 2019; how to book stalls at Trade Fair 2019 or what to buy at Trade Fair. Excited by this interest, we thought of making this post based on our experiences of earlier Trade Fairs.

An exhibition of Geographical Indication handicrafts is ongoing at Delhi Haat, INA from 1st to 15th September 2019. But before that – what is a GI; what the benefit of a GI? Read on.